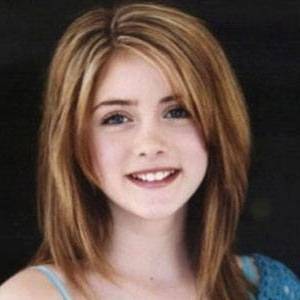 Courtney Elizabeth Jines (born May 4, 1992) is an American actress, producer, and screenwriter. She is best known for her roles as Demetra in Spy Kids 3-D: Game Over and Amanda Wilkinson in Because of Winn-Dixie. In 2012 Courtney founded her own production company called Moonflower Pictures.

Actress most known for her appearance in the 2004 film Spy Kids 3-D: Game Over as Demetra, The Deceiver. She went on to become well-known for her part as Heidi on the TV show The War at Home.

She has a brother.

She began acting at the age of six and debuted in the film Drop Back Ten in the year 2000.

She has been very active in working with the Special Olympics, serving as a volunteer coach for the children's soccer team.

She rose to fame following her appearance in Spy Kids 3-D: Game Over, one of several Spy Kids films directed by Robert Rodriguez.

Courtney Jines's house and car and luxury brand in 2021 is being updated as soon as possible by in4fp.com, You can also click edit to let us know about this information.