Clair Cameron Patterson was an American geochemist. Born in Mitchellville, Iowa, Patterson graduated from Grinnell College. He later received his Ph.D. from the University of Chicago and spent his entire professional career at the California Institute of Technology .

The first precise calculation of the Earth's age, which was determined to be 4.55 billion years using his novel uranium-lead dating technique. By the late 1990s, lead levels in American blood had reportedly fallen by up to 80% as a result of his groundbreaking study.

He met his wife Laurie McCleary at Grinnell College, where both were students.

Initially at the University of Chicago and afterwards at Oak Ridge, Tennessee, he contributed to the Manhattan Project during World War II.

His discovery also led the finding that tetra-ethyl lead, a common additive to car fuel at the time, was toxic, and he campaigned for its removal.

Like him, Vannevar Bush worked on the Manhattan Project.

● Clair Cameron Patterson was born on June 2, 1922 (age 73) in Mitchellville, Iowa, United States ● He is a celebrity scientist ● In His career, Clair Cameron Patterson has achieved a Tyler Prize for Environmental Achievement, V. M. Goldschmidt Award, J. Lawrence Smith Medal● He attended Grinnell College, The University of Iowa, The University of Chicago● He died on December 5, 1995, The Sea Ranch, CA 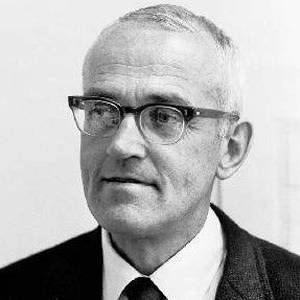