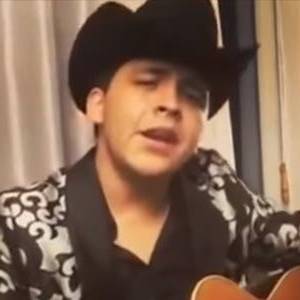 Musician and songwriter best known for his hit track "Adiós Amor" from 2016. He released his debut studio album, Me Dejé Llevar, in 2017, and it was certified platinum many times. He debuted as a judge on the reality show La Voz in early 2020.

His full name is Christian Jesús González Nodal. He was born into a family of musicians and singers. His parents are named Cristy and Jaime. He has a sister named Amely and a brother named Jaime Alonso. He began dating pop star Belinda on July 4, 2020. They announced their engagement in May 2021. He previously dated Fernanda Guzmán until December 2019.

His passion in music began when he was four years old, when he began singing, and he progressed to playing other instruments from there.

Christian Nodal's house and car and luxury brand in 2021 is being updated as soon as possible by in4fp.com, You can also click edit to let us know about this information.

RINGO YOU LIVE IN MY HEART - 2 years ago

RINGO YOU LIVE IN MY HEART - 2 years ago