Christopher John Cornell was an American singer and musician best known as the lead vocalist and rhythm guitarist for the rock bands Soundgarden and Audioslave. He also had a solo career and contributed to soundtracks. Cornell was also the founder and frontman of Temple of the Dog, a one-off tribute band dedicated to his late friend Andrew Wood.

Born Christopher John Boyle, Chris Cornell was a rock musician who served as the lead vocalist and rhythm guitarist for the band ˜Soundgarden' and vocalist for ˜Audioslave'. He was also the founder and front-man of the band, ˜Temple of the Dog', which was formed as a tribute to his friend, Andrew Wood. In addition, he had released several solo studio albums. An innovator, he resisted genre labels, but was widely regarded as the chief architect of the 1990s grunge movement. Once ranked as ˜one of the best voices in music history,' he successfully maintained his own unique identity. What made his songs distinct were the non-standard chord progressions as he did not stick to one diatonic scale. Even for a short sequence, he changed the keys several times. This was his style in his early writing for ˜Soundgarden', but later he switched to a more conventional style with short interludes. Over a career spanning more than two decades, he had been nominated for the prestigious Grammys several times and also for other awards, and won quite a few of them. He was also associated with many charitable organizations, particularly in the fields of education and child rights.

He married Susan Silver in 1990. After their divorce in March 2004, he remarried Vicky Karayiannis in the same month. He had two daughters named Lillian and Toni and a son named Christopher.

He worked as a seafood wholesaler and assistant chef at Ray's Boathouse before striking it big as a musician.

He performed "You Know My Name" for the 2006 James Bond film Casino Royale.

He went on tour with Linkin Park guitarist Mike Shinoda. 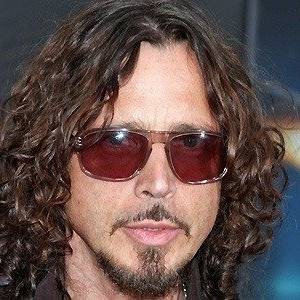