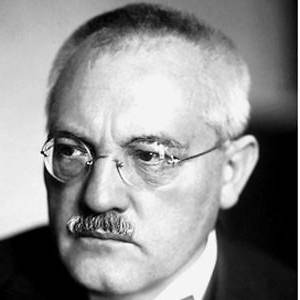 Carl Bosch (German pronunciation: [kaʁl ˈbɔʃ] (listen); 27 August 1874 – 26 April 1940) was a German chemist and engineer and Nobel Laureate in Chemistry. He was a pioneer in the field of high-pressure industrial chemistry and founder of IG Farben, at one point the world's largest chemical company.

In 1931, he was awarded the Nobel Prize in Chemistry for his contributions in high-pressure industrial chemistry. His work aided in the development of a manufacturing method that generated megatons of fertilizer and explosives.

His uncle, Robert Bosch, pioneered the development of the spark plug.

He earned his bachelor's degree from Leipzig University.

He eventually lost his job for being a critic of Nazi policies, became an alcoholic, and died not long after.

He is a German Nobel Laureate like Albert Einstein.