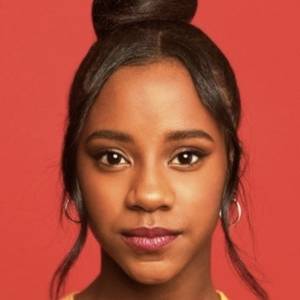 actress most known for her parts in the 2021 action movie Pacific Rim: The Black, the 2020 romantic drama series Cherish the Day, and the Amazon comedy series Paper Girls. She is a trained competition dancer in addition to being an actress.

She was born and raised in Houston, Texas and has two sisters.

In the 2017 judicial drama Created Equal, she made her acting debut.

She voiced the character of Boo Burrow on the animated series Pete the Cat.

She appeared alongside the late Cameron Boyce in the ABC pilot Steps.

Camryn Jones's house and car and luxury brand in 2021 is being updated as soon as possible by in4fp.com, You can also click edit to let us know about this information.