Bretman Rock Sacayanan Laforga is a Filipino-American beauty influencer and social media personality based in Honolulu, Hawaii. He rose to fame as a creator on YouTube and Vine after one of his contouring videos went viral in 2015. Rock is known for making makeup tutorials and his humorous views on life. He has starred in his own reality TV show, MTV's Following: Bretman Rock , has featured in several music videos, and in October 2021 was the first openly gay man to appear on the cover of Playboy.

Bretman Rock is an Instagram star, YouTuber and Viner who is breaking all norms for all the right reasons. And can we forget just how insanely hilarious his ˜Instagram' videos are? His energy levels and sense of humor are unparalleled and no matter how hard you try, once you enter his channel, there is no going back! With his eyebrows and contour always on point, and with his humor with a hint (maybe more than a hint) of expletives and all things sarcasm, Bret is no average teenager! With a fan base of over 9 million on Instagram, Bret's don't-care-won't-care attitude is probably why people of all age and gender take an instant liking for him. His line of makeup tutorials with an overwhelming amount of jokes will leave you in splits for hours! His on-screen charisma will have you gripped for hours and before you know it, you've already hit the ˜Subscribe' button!

He was born in the Philippines and relocated to Hawaii; but is also of Portuguese descent. He featured his sister Princess Mae in his first challenge video. He has a niece named Cleo, whom he also features across his social media.

He made merchandise personalized with his name available on the online site Wnrs Market. He has more than 4 million subscribers to his YouTube channel.

Bretman Rock's house and car and luxury brand in 2021 is being updated as soon as possible by in4fp.com, You can also click edit to let us know about this information. 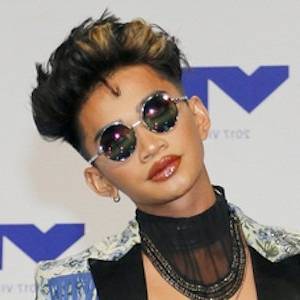