He married Arlene Clare Sander on June 8, 1963 and they had two children together.

He worked as a minor league baseball umpire.

He appeared in a few films such as Rocky II while he was a reporter.

Information about His net worth in 2021 is being updated as soon as possible by infofamouspeople.com, You can also click edit to tell us what the Net Worth of the Brent Musburger is

He is alive and well and is a celebrity sportscaster

After he left CBS, his NFL Today hosting position was filled by Greg Gumbel .

Brent Musburger's house and car and luxury brand in 2021 is being updated as soon as possible by in4fp.com, You can also click edit to let us know about this information. 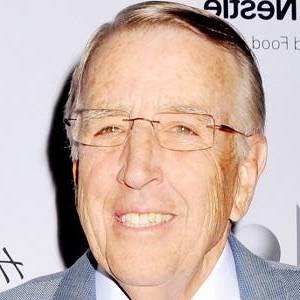