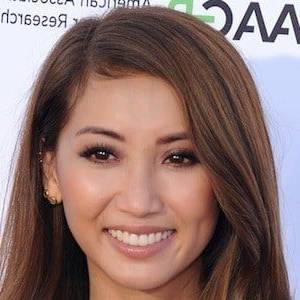 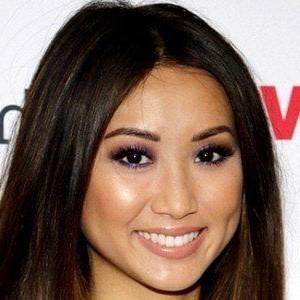 Brenda Song is an American actress. Born in California, Song began her career at the age of six, working as a child model. She made her screen debut with a guest appearance on the sitcom Thunder Alley , and went on to roles such as the children's television series Fudge and the Nickelodeon series 100 Deeds for Eddie McDowd . Song starred in the Disney Channel original film The Ultimate Christmas Present , which won her a Young Artist Award. She subsequently signed a contract with Disney Channel and earned widespread recognition for playing the titular character in the action film Wendy Wu: Homecoming Warrior , and London Tipton in the comedy franchise The Suite Life , earning her acclaim and two Young Hollywood Awards. She additionally played the character of Tia on Phil of the Future , and had starring roles in the television films Get a Clue and the comedy film Stuck in the Suburbs .

A former teen icon, a very popular actor and model, Brenda Song started her career as a child fashion model. She is also involved in film production and is widely regarded as an upcoming Hollywood diva. The American media is in quite awe of her and includes her in the ˜rising Hollywood stars' list, time and again. Brenda started her acting career with kid's shows and TV commercials. In the mid 90s, she appeared in ˜Fudge', which was her debut on the medium and continued working in TV shows and also appeared in a few films around that time. She was given the ˜Young artist award' in 2000 and soon after, made a switch to Disney channel, where her popularity would cross the national borders, making her an international celebrity. But the most defining role of her career came in form of ˜The Suite Life of Zack and Cody', where she played a spoilt brat, a little slow of mind. The show was a massive success and she became a fan favourite immediately, and her character ˜London Tipton' from the show soon became one of the longest appearing characters in the Disney history. Her popularity led her to Hollywood and she starred in films such as ˜The Social Network', a film by maverick director David Fincher.

She has two younger brothers named Timmy and Nathan. She was once engaged to Trace Cyrus, but the couple ended their relationship before they wed. In 2017, she began dating former child star Macaulay Culkin.

After being scouted in a shopping mall at age five, she began acting in commercials. She made her debut film appearance in the 1996 movie Santa with Muscles.

She starred in the movie The Social Network, and won the 2001 Young Artist Award for Best Performance in a TV Movie for The Ultimate Christmas Present.

Brenda Song's estimated Net Worth, Salary, Income, Cars, Lifestyles & many more details have been updated below. Let's check, How Rich is She in 2021-2022? According to Forbes, Wikipedia, IMDB, and other reputable online sources, Brenda Song has an estimated net worth of $5 Million at the age of 34 years old in year 2022. She has earned most of her wealth from her thriving career as a Actor, Singer, Film Producer, Model, Spokesperson, Voice Actor from United States. It is possible that She makes money from other undiscovered sources

She became friends with Ashley Tisdale, who she met on the set of Bette.

Brenda Song's house and car and luxury brand in 2021 is being updated as soon as possible by in4fp.com, You can also click edit to let us know about this information.

Ashley Tisdale REACTS to Brenda Song Becoming a Mom at the Same Time as Her! (Exclusive)

What Happened To Brenda Song

The Untold Truth Of Brenda Song 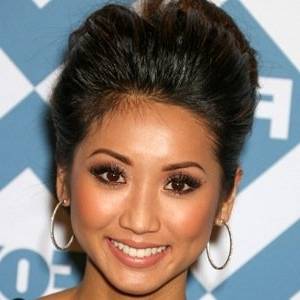