Barbara Mori is a very famous name in Mexican entertainment widely known for her role in the hit television series ˜Miranda de Mujer.' Born in to a family of Uruguayan-Mexican heritage, she spent most of her childhood shuffling between her divorced parents. The separation of her parents had a profound impact on the young girl and she learnt to be independent since an early age. It was during one such occasion while she was working an odd job that she was spotted by a fashion designer; thus kick-started her modelling career. She eventually realized her passion for acting and enrolled at a premier acting school to hone her skills. Since her debut in the telenovela ˜Al Norte del CorazÃ³n', this talented actress has charmed television viewers worldwide with her stellar performances. Apart from sticking to Mexican projects, Mori moved out of her comfort zone and ventured into the Indian film industry later. The actress proved that language is no barrier to cinema by essaying an important role in the movie 'Kites' which consisted of dialogues in Hindi, a language she didn't understand. At a later stage of her life, Barbara grabbed the limelight for her alleged relationship with Indian actor Hrithik Roshan. With her endearing qualities, Barbara Mori is definitely an actress to remember and exemplify

She was discovered by designer Marcos Toledo after he saw her working as a waitress when she was 14 years old.

She was once diagnosed with cancer, but caught it in the early stages and survived the ordeal.

Information about Her net worth in 2021 is being updated as soon as possible by infofamouspeople.com, You can also click edit to tell us what the Net Worth of the Barbara Mori is

She appeared alongside Christian Meier in the series Me muero por tí.

Barbara Mori's house and car and luxury brand in 2021 is being updated as soon as possible by in4fp.com, You can also click edit to let us know about this information. 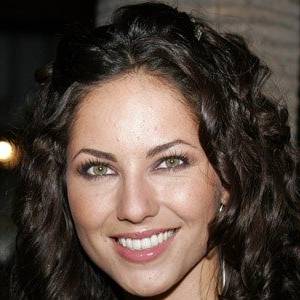