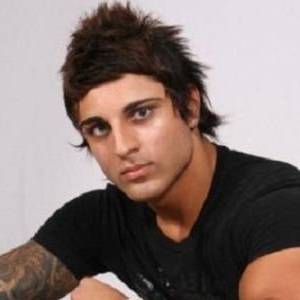 Aziz Sergeyevich Shavershian (Russian: Ази́з Серге́евич Шавершя́н; 24 March 1989 – 5 August 2011), better known by his Internet handle Zyzz, was a Russian-born Australian bodybuilder, personal trainer and model. He established a cult following after posting multiple videos of himself on YouTube, starting in 2007.In July 2011, Shavershian gained more media attention when The Sydney Morning Herald published an article about the arrest of his older brother, Said, for illegal possession of anabolic steroids. On 5 August 2011, while on holiday in Thailand, Aziz suffered a heart attack and died at the age of 22.

Bodybuilder and model from Australia who gained fame after releasing videos of himself on YouTube under the moniker "Zyzz." On August 5, 2011, he died in Thailand due to a congenital cardiac condition.

He was raised by his parents, Maiane Iboian and Sergei Shavershian, and had a brother, Said Shavershian.

His older brother encouraged him to become a bodybuilder, and he began training after graduating from secondary school.

He published Zyzz's Bodybuilding Bible in May of 2011 and launched his own protein label, Protein of the Gods, in June of 2011.

Arnold Schwarzenegger was one of his favorite bodybuilders.