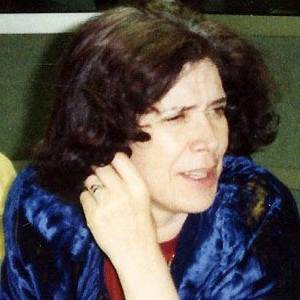 Fatima-Zohra Imalayen (30 June 1936 – 6 February 2015), known by her pen name Assia Djebar (Arabic: آسيا جبار), was an Algerian novelist, translator and filmmaker. Most of her works deal with obstacles faced by women, and she is noted for her feminist stance. She is "frequently associated with women's writing movements, her novels are clearly focused on the creation of a genealogy of Algerian women, and her political stance is virulently anti-patriarchal as much as it is anti-colonial." Djebar is considered to be one of North Africa's pre-eminent and most influential writers. She was elected to the Académie française on 16 June 2005, the first writer from the Maghreb to achieve such recognition. For the entire body of her work she was awarded the 1996 Neustadt International Prize for Literature. She was often named as a contender for the Nobel Prize for Literature.

Assia Djebar was an Algerian author, essayist, and professor. She was known throughout the world for her feminist and post-colonial views on Algerian society. These views served as the foundation for all of her novels. Born in 1936, she came into adulthood during the height of the Algerian war for independence against the French. She spent the war time years interviewing refugees in Morocco and Tunisia to show the world the negative effects of colonialism. Her first four novels, written from 1957 to 1967, all embody this anti-colonial and anti-patriarchal stance. She has shown great perseverance throughout her life, as anti-patriarchal attitudes in a Muslim society causes great controversy. In fact, she adapted the pen name Assia Djebar for her first novel to hide her writings from her traditionalist father. From her very first novel Assia Djebar served as a voice for female empowerment. She had a long and award-winning career that solidified as one of the most significant female writers of the 20th century.

She was born into a Muslim, Berber-speaking family in the Algerian Province of Ain Defla. Her father was a French teacher.

She attended a boarding school in Blida. She published her debut novel, La Soif (The Thirst), in 1957.

She was the first Algerian woman ever to be accepted at the Ecole Normale Superieure, a prestigious Parisian school.

She and Nicaraguan-born poet, Claribel Alegria, were both recipients of the Neustadt International Prize for Literature.