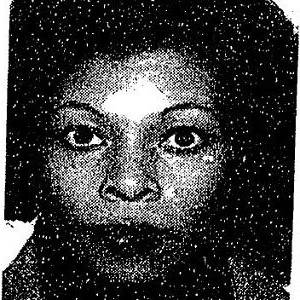 Assata Olugbala Shakur is a former member of the Black Liberation Army , who was convicted in the first-degree murder of State Trooper Werner Foerster during a shootout on the New Jersey Turnpike in 1973. Shakur is wanted by the FBI and there is a $2 million reward for her apprehension.Born in Flushing, Queens, she grew up in New York City and Wilmington, North Carolina. After she ran away from home several times, her aunt, who would later act as one of her lawyers, took her in. She became involved in political activism at Borough of Manhattan Community College and City College of New York. After graduation, she began using the name Assata Shakur, and briefly joined the Black Panther Party. She then joined the BLA, a loosely knit offshoot of the Black Panthers, which engaged in an armed struggle against the US government through tactics such as robbing banks and killing police officers and drug dealers.Between 1971 and 1973, she was charged with several crimes and was the subject of a multi-state manhunt. In May 1973, Shakur was arrested after being wounded in a shootout on the New Jersey Turnpike. Also involved in the shootout were New Jersey State Troopers Werner Foerster and James Harper and BLA members Sundiata Acoli and Zayd Malik Shakur. State Trooper Harper was wounded; Zayd Shakur was killed; State Trooper Foerster was killed. Between 1973 and 1977, Shakur was charged with murder, attempted murder, armed robbery, bank robbery, and kidnapping in relation to the shootout and six other incidents. She was acquitted on three of the charges and three were dismissed. In 1977, she was convicted of the murder of State Trooper Foerster and of seven other felonies related to the 1973 shootout. Her defense had argued medical evidence suggested her innocence since her arm was damaged in the shootout.

Shakur was convicted of multiple additional crimes, including bank robbery, kidnapping, and murder, in addition to her role in the infamous 1973 New Jersey Turnpike state policeman killing.

Born JoAnne Deborah Byron, she spent her childhood in both New York City and Wilmington, North Carolina. She married a Mr. Chesimard and gave birth to a daughter named Kakuya.

She became an active member of the Black Panther Party and the violent Black Liberation Army after attending both Borough of Manhattan Community College and City College of New York.

At one point, she spurred a national FBI manhunt; later, after escaping from a New Jersey prison and subsequently being granted asylum in Cuba, she was designated a terrorist by the F.B.I. In the late 1980s, she published a book titled Assata: An Autobiography.

One of her defense attorneys, William Kunstler , was known for representing high-profile and controversial clients.

Assata Shakur's house and car and luxury brand in 2021 is being updated as soon as possible by in4fp.com, You can also click edit to let us know about this information.

● Assata Shakur was born on July 16, 1947 (age 75) in New York, United States ● She is a celebrity criminal ● Her the best movie is Assata aka Joanne Chesimard ● Her popular book is Assata: An Autobiography ● She had 1 child Kakuya Shakur