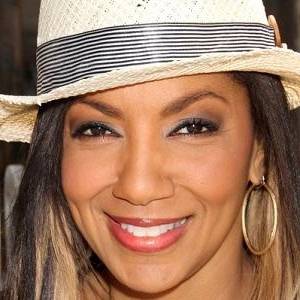 Arthel Helena Neville is an American journalist, television personality, and weekend anchor for Fox News, based in Manhattan alongside co-anchor Eric Shawn.

This broadcast journalist is best known for hosting Fox News programs such as Fox Files and Celebrity Spotlight. She also led the network's coverage of Hurricane Katrina's aftermath in her hometown of New Orleans, Louisiana.

Her father, Art Neville, and her uncle, Aaron Neville , were members of the New Orleans-based Neville Brothers r&b music group. Her marriage to Dallas Cowboys player Derrick Lassic lasted from 1995 until 1998; she later wed Taku Hirano.

She studied journalism at Southern Methodist University and the University of Texas in Austin after temporarily acting on the NBC soap opera Days of Our Lives. She became the first African American woman reporter for Texas' KVUE-TV ABC station while a student at the latter school.

Before working for Fox, she hosted an E! celebrity show called Extreme Close-Up and interviewed Tom Cruise , Will Smith , and other stars.

Arthel Neville's house and car and luxury brand in 2021 is being updated as soon as possible by in4fp.com, You can also click edit to let us know about this information.

● Arthel Neville was born on October 20, 1962 (age 59) in New Orleans, Louisiana, United States ● She is a celebrity news anchor