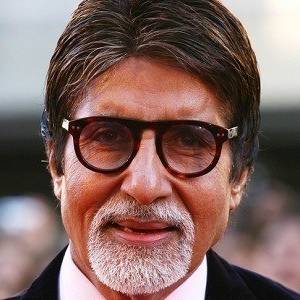 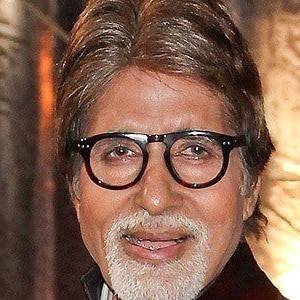 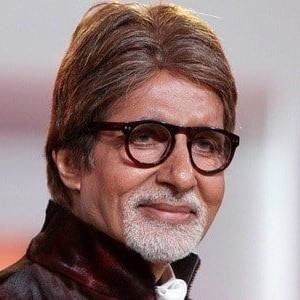 Amitabh Bachchan is an Indian actor, film producer, television host, occasional playback singer and former politician known for his work in Hindi cinema. He is regarded as one of the most influential actors in the history of Indian cinema. During the 1970s–1980s, he was the most dominant actor in the Indian movie scene; the French director François Truffaut called him a "one-man industry".Bachchan was born in 1942 in Allahabad to the Hindi poet Harivansh Rai Bachchan and his wife, the social activist Teji Bachchan. He was educated at Sherwood College, Nainital, and Kirori Mal College, University of Delhi. His film career started in 1969 as a voice narrator in Mrinal Sen's film Bhuvan Shome. He first gained popularity in the early 1970s for films such as Zanjeer, Deewaar and Sholay, and was dubbed India's "angry young man" for his on-screen roles in Hindi films. Referred to as the Shahenshah of Bollywood , Sadi ka Mahanayak , Star of the Millennium, or Big B, he has since appeared in over 200 Indian films in a career spanning more than five decades, and has won numerous accolades in his career, including four National Film Awards as Best Actor, Dadasaheb Phalke Award as lifetime achievement award and many awards at international film festivals and award ceremonies. He has won sixteen Filmfare Awards and is the most nominated performer in any major acting category at Filmfare, with 42 nominations overall. In addition to acting, Bachchan has worked as a playback singer, film producer and television presenter. He has hosted several seasons of the game show Kaun Banega Crorepati, India's version of the game show franchise, Who Wants to Be a Millionaire?. He also entered politics for a time in the 1980s.

Amitabh Bachchan is a famous Indian actor, who started out by starring in Hindi movies, and gradually moved on to act in Malayalam and English movies. With stellar performances in movies like 'Deewar' and 'Zanjeer', he came to be known as the "angry young man" of Hindi cinema. He gained so much popularity during his career that famous French director, FranÃ§ois Truffaut, named him a "one-man industry". Not only has he acted in serious action movies, but has also essayed a variety of roles, in comedies and dramas. The actor has displayed immense versatility and a glowing example of the same is his portrayal of a spurned lover, in the movie 'Parwana'. Though he did go through struggling times in his career, the talented actor managed to come back with solid performances in more recent times, with several hit films. He shares the honour of having received three 'National Film Awards', with Tamil and Hindi film actor Kamal Hassan, and Malayalam actor Mammootty. The Government of India has conferred upon him awards like the 'Padma Shri', 'Padma Bhushan' and 'Padma Vibhushan', for his exceptional contribution to world cinema. He is best known for his movies like ˜Sholay', ˜Amar Akbar Anthony', ˜Agneepath', 'Kabhie Kabhie', ˜Silsilay', ˜Muqaddar Ka Sikandar', ˜Lawaris', and ˜Satte Pe Satta'. More recently, he has received accolades for films like ˜Black', Baghban', ˜Sarkar', and ˜Paa'

His parents are Harivansh Rai and Teji Bachchan. He had two children, Abhishek and Shweta, with Jaya Bachchan, whom he married in 1973.

He began his entertainment career doing narration for the award-winning film Bhuvan Shome. He made his Hollywood debut in The Great Gatsby, where he played Meyer Wolfsheim.

He has won fifteen Filmfare Awards and six International Indian Film Academy Awards, including the Best Actor Award in 2010 for his performance in Paa.

He is Aishwarya Bachchan's father-in-law. Aishwarya won the Miss World pageant in 1994.

Amitabh Bachchan's house and car and luxury brand in 2021 is being updated as soon as possible by in4fp.com, You can also click edit to let us know about this information. 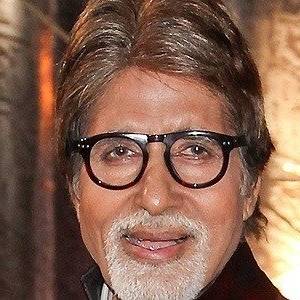