Allen Little with A Little Motivation is a highly sought after professional speaker, and the founder of A Little Motivation, LLC. Allen has spoken for numerous credible organizations including Fortune 500 Companies, presidential candidate campaigns, and national television organizations. Allen rose to fame from multiple events. Some noteworthy were giving a televised speech on how our nation should prioritize love again at the Iowa Caucuses, Donald Trump was his opponent at that speech. In 2019 Allen gave a TEDx Talk titled, “The Little Voice in Our Head”, and in the year 2022 Allen’s life coaching practice A Little Motivation was the #1 Rated Life Coaching Practice based out of Kansas City for the third year in a row per Expertise.com Allen is currently available to speak for organizations and is also making his acting debut in film and television. Allen has deep spiritual roots. He attributes all of his success to a conversation he had with God in a cornfield in Iowa. He says that’s when his life started to change. He is 1 of 9 children which two of his siblings are also motivational speakers. His father was a preacher and his mother is a life coach & best selling author. Allen believes that remaining humble and exercising love for our neighbor is the quickest way to happiness.

Allen had a split childhood spending one half of it with his mother and the other half with his father. Some of the members of Allen’s mother side of the family were Jehovah’s Witnesses. Allen’s father side were non-denominational Christian. Allen’s father has five children and his mother has four. Growing up in two single family households gave Allen a lot of wisdom from the single mother perspective and single father.

Did you know? 1. Allen is a vegan. 2. Allen is a regular mall walker. 3. Allen is a pickleball enthusiast and player. 4. Allen is keen on manifestation and spirituality. 5. Allen is a cat person. He sometimes calls himself the Lion King or Simba for short. 6. Allen started a community called The Lion Team with more than 5,000 members internationally.

Allen Little's house and car and luxury brand in 2021 is being updated as soon as possible by in4fp.com, You can also click edit to let us know about this information.

Top 5 Motivational Speakers, coaches of the year 2021 by vote 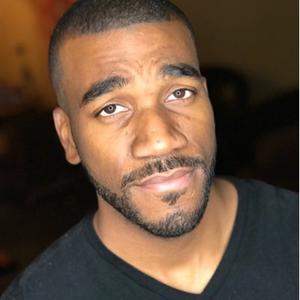