Six years ago at the age of four, Aidan, also known as BAHBOY, found his passion in dance. Over these years he has learnt and mastered so many dance forms ranging from his all-time favorite hip-hop, including lyrical hip-hop, to gymnastics and from Jazz to contemporary. This young member of the ˜Heartbreak Kids' crew is stealing all the attention in almost every stage show he performs in. His videos went viral when he was only eight years old and since then he is recognized as both a dancer and an actor. He has his own channel on YouTube with over 150,000 subscribers. He also has a mighty 143,000 fan following on Instagram and 140,000 fans on Facebook. In addition, his parents recently created a Twitter account for him which is monitored by them, and that has already received more than 8000 followers. He has been a guest on ˜The Ellen DeGeneres Show' not once but twice. This adorable talent has won the hearts of thousands and this is only the beginning of his career.

He is from California and trains at Los Angeles-located studios like The Talent Factory, Millennium, and IDA Hollywood.

He began dancing when he was 4 years old.

His routine choreographed by Tricia Miranda and set to Major Lazer's "Jet Blue Jet" went viral. He appeared on The Ellen Show and has earned credits in videos by such artists as Missy Elliott, Pharrell, Silento, and Todrick Hall. He has also worked with Disney, MTV, Hip Hop Harry, Google, ABCMouse and Target.

Aidan Prince's house and car and luxury brand in 2021 is being updated as soon as possible by in4fp.com, You can also click edit to let us know about this information. 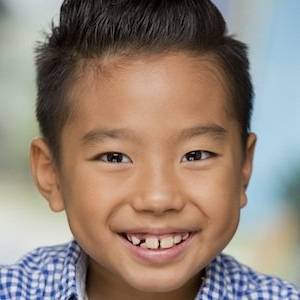