Adam Lindsay Gordon (19 October 1833 – 24 June 1870) was a British-Australian poet, horseman, police officer and politician. He was the first Australian poet to gain considerable recognition overseas, and according to his contemporary, writer Marcus Clarke, Gordon's work represented "the beginnings of a national school of Australian poetry".

He married Margaret Park in October of 1862. The couple's infant daughter died in 1868.

Adam Durnford Gordon and Harriet Gordon were his first cousins. In 1853, he joined the South Australian Mounted Police after spending his childhood in Portugal and England.

He had a horse riding accident in 1870 that resulted in a head injury. This event, along with the initial failure of his Bush Ballads and Galloping Rhymes, was a factor in his June suicide.

Composer Sir Edward Elgar set Gordon's poems "A Song of Autumn" and "The Swimmer" to music. 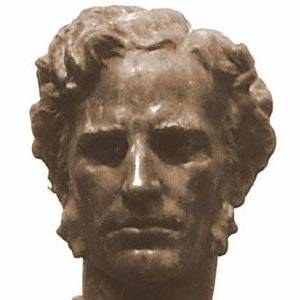