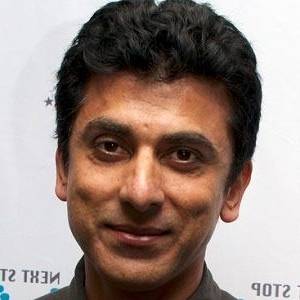 He is most known for his significant appearances in EastEnders, The Sarah Jane Adventures, Grease Monkeys, and Cardiac Arrest, as well as recurrent parts in New Street Law, Life Isn't All Ha Ha Hee Hee, and Band of Gold.

Born Ahsen Rafiq Bhatti to a bus driver father, he spent his youth in Nottingham, England.

He had a big part in the ITV children's programme Dramarama when he was just fourteen years old. He then starred in his second television series, the short-lived soap opera Family Pride, after studying at the London Academy of Music and Dramatic Art (LAMDA).

In 2011, his EastEnders character was the perpetrator of domestic abuse against his wife Zainab, played by Nina Wadia .

He and Chiwetel Ejiofor were both in the cast of the 2011 television miniseries The Shadow Line.

Ace Bhatti's house and car and luxury brand in 2021 is being updated as soon as possible by in4fp.com, You can also click edit to let us know about this information.