Model and pageant queen best known as Miss Universe 2006. She became further known to television fans for her role in Dame Chocolate on Telemundo.

She dated basketball player JJ Barea from 2010 to 2013. They had one son, Sebastián José Barea Rivera.

She was involved in beauty pageant competitions in her local town when she was younger.

She was the fifth beauty queen from Puerto Rico to become Miss Universe and one of the youngest women to win the title at 18 years old.

Information about Her net worth in 2021 is being updated as soon as possible by infofamouspeople.com, You can also click edit to tell us what the Net Worth of the Zuleyka Rivera is

She and Rachel Smith both were at WrestleMania 23 in 2007.

Zuleyka Rivera's house and car and luxury brand in 2021 is being updated as soon as possible by in4fp.com, You can also click edit to let us know about this information. 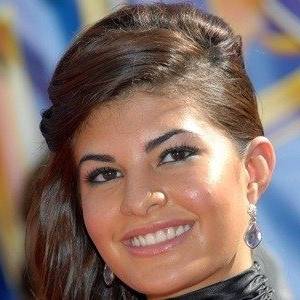