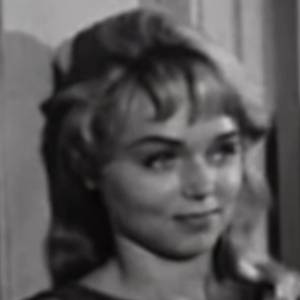 Yvette Iola Vickers was born on August 26, 1928 (age 82) in Kansas City, Missouri, United States. She is a celebrity movie actress.

She is most known for playing the mistress in the film Attack of the 50 Foot Woman, but she is also an actress, pinup model, and singer. She would spend the rest of her life tragically alone in her California house, fading into oblivion. She was last seen alive in 2010, but it would take a neighbor until April 27, 2011, to find her mummified remains in her Beverly Hills home. The cause of death was determined to be coronary artery disease, but the coroner was unable to pinpoint even an approximate time of death and believes she may have been dead for at least a year.

She was married and divorced three times. She had no children. She did have a 15 year on-and-off again affair with actor Jim Hutton. It was also rumored she had affairs with Cary Grant during the 1950s and 60s.

Her time in Hollywood was brief, and by the end of the 1950s, she started modeling for male adult magazines like Playboy. Her final two endeavors were a jazz CD and a role in the horror movie Evil Spirits, both of which were completed in the early 1990s.

Her last prominent film role was as Lily Peters in the western Hud alongside star of the film, Paul Newman.

Her first appearance on screen was in the only film ever directed by famous movie star James Cagney, a film titled Short Cut to Hell.

● Yvette Iola Vickers was born on August 26, 1928 (age 82) in Kansas City, Missouri, United States ● She is a celebrity movie actress