William DeWolf Hopper Jr. (January 26, 1915 – March 6, 1970) was an American stage, film, and television actor. The only child of actor DeWolf Hopper and actress and Hollywood columnist and blacklist proponent Hedda Hopper, he appeared in predominantly minor roles in more than 80 feature films in the 1930s and 1940s. After serving in the United States Navy during World War II, he left acting, but in the mid-1950s, he was persuaded by director William Wellman to resume his film career. He became best known for his work as private detective Paul Drake in the CBS television series Perry Mason.

'50s television icon who was immortalized for his role as Paul Drake on over 250 episodes of the series, Perry Mason. He played Natalie Wood's character's father in Rebel Without a Cause.

He married his second wife, Jeanette Hopper, in 1959. He had one child during his 19-year marriage to his first wife, Jane Gilbert, and his mother Hedda Hopper was a well-known Hollywood gossiper and journalist.

He appeared on-screen before his second birthday in the 1916 silent film, Sunshine Dad.

He became known for '50s film roles in Rebel Without a Cause and 20 Million Miles to Earth.

He acted alongside Nancy Kelly in the Oscar-nominated horror film, The Bad Seed. 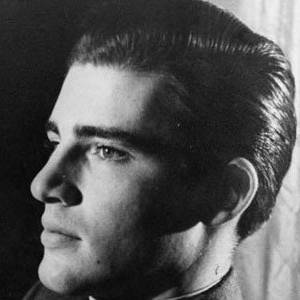