Russian-American snowboarder who won gold medals in the Parallel Slalom and the Parallel Giant Slalom at the 2014 Winter Olympics. His performance made him the first snowboarder ever to win two medals at the same Olympic Games.

He spent his early years in White Salmon, Washington and learned to snowboard at age 7. He was originally a member of the U.S. Snowboard Team but moved to Russia when the U.S. shut down its alpine snowboarding program.

He was given the Order For Merit to the Fatherland Award from Russian President Vladimir Putin for his contributions to Russian sports.

Information about His net worth in 2021 is being updated as soon as possible by infofamouspeople.com, You can also click edit to tell us what the Net Worth of the Vic Wild is

He and Switzerland's Iouri Podladtchikov are both Olympic champions in men's snowboarding.

Vic Wild's house and car and luxury brand in 2021 is being updated as soon as possible by in4fp.com, You can also click edit to let us know about this information. 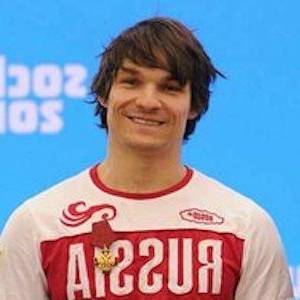