Vanessa-Mae also called Vanessa-Mae Vanakorn Nicholson, is a Singaporean-born British violinist with album sales reaching several million, having made her the wealthiest entertainer under 30 in the United Kingdom in 2006. She competed under the name Vanessa Vanakorn for Thailand in alpine skiing at the 2014 Winter Olympics. She was initially banned from skiing because a qualifying race for her benefit was alleged to be corrupt, but the Court of Arbitration for Sport later nullified the ban, citing lack of evidence for her own wrongdoing or any manipulation. The International Ski Federation later had to issue an apology to her.

Vanessa Mae is a British violinist who has made a name for herself in the classical music genre. A prodigious child, she was musically endowed since birth. When girls of her age were busy grappling with new objects of fantasy, Vanessa was perfecting her music skills. She started played piano at the age of three and two years later, took to playing violin which soon became her profession. She made Guinness World Record by becoming the youngest soloist to record both the Beethoven and Tchaikovsky violin concertos. Vanessa was only thirteen then. Over the years, her conservative classical style gave way to a more modern outlook. She released her debut album, ˜The Violin Player' which fared well. In addition to music, she made a foray into skiing, a passion which she long desired to pursue. She took part in the 2014 Winter Olympics for Thailand in alpine skiing.

She is outspoken about her apathetic views on marriage, but has dated Lionel Catalan.

Her family moved to England when she was four years old because of her mother's remarriage and started learning violin a year later; at thirteen, she recorded both Beethoven and Tchaikovsky's violin concertos, making her one of the youngest artists to tackle the project.

She voiced interest in representing Thailand at the 2014 Winter Olympics as a downhill skier.

Vanessa-Mae's house and car and luxury brand in 2021 is being updated as soon as possible by in4fp.com, You can also click edit to let us know about this information.

● Vanessa-Mae was born on October 27, 1978 (age 43) in Singapore ● She is a celebrity violinist ● Her nationalities are Singaporean, British, Thai● She was nominated for Brit Award for British Female Solo Artist● The parents of Vanessa-Mae are Pamela Soei Luang Tan, Vorapong Vanakorn● Her height is 5′ 2″● You can find Her website below: http://www.vanessa-mae.com/ 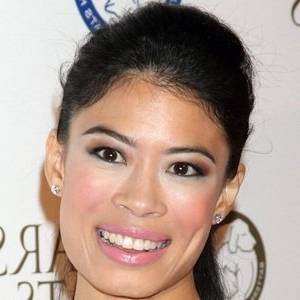