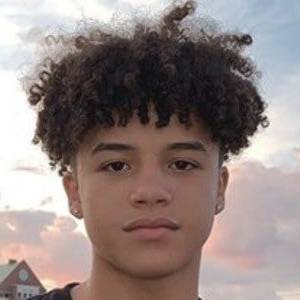 A social media star with over 2 million followers best known for the dance and lip-sync videos he uploads to his vallykpena TikTok account. He frequently works with pals, and the majority of the music in his videos is rap.

He is from Paterson, New Jersey. He's of Dominican descent. He has a brother, Kenny, and a sister; his sister Jasline has a popular TikTok account at jaslinepena.

He started using social media in 2019, but by the middle of 2020, his following had started to increase.

He has over 600,000 followers on his vallykpena Instagram account, where he primarily posts a range of selfies and other pictures of himself.

He has been friends with DerekTrendz and the two have frequently collaborated.

Vallyk's house and car and luxury brand in 2021 is being updated as soon as possible by in4fp.com, You can also click edit to let us know about this information.