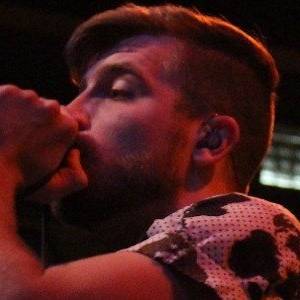 Lead vocalist of the rock band Hands Like Houses whose debut album Ground Dweller charted at #141 on the Billboard Top 200 (#2 on the Heatseekers chart). Their second album, Unimagine, charted at #37.

He and his Hands Like Houses band mates came together in 2008 only after leaving local bands called So Long Safety and Eternal Debut. They began recording Ground Dweller which was initially supposed to be an EP.

He and Hands Like Houses were supported by Jonny Craig's band Slaves in their first headlining tour in the USA.

Trenton Woodley's house and car and luxury brand in 2021 is being updated as soon as possible by in4fp.com, You can also click edit to let us know about this information.