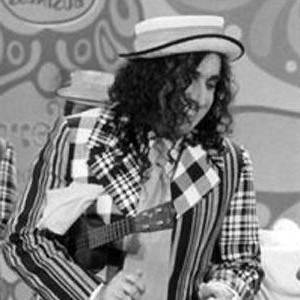 Herbert Butros Khaury (April 12, 1932 – November 30, 1996), also known as Herbert Buckingham Khaury and known professionally as Tiny Tim, was an American singer, ukulele player, and musical archivist. He is best remembered for his cover hits "Tiptoe Through the Tulips" and "Livin' in the Sunlight, Lovin' in the Moonlight", which he sang in a falsetto voice.

Herbert Buckingham Khaury, more famous by his stage name Tiny Tim, was an American singer, musical archivist and multi-instrumentalist (particularly known for playing the ukulele). This yesteryear performer with a distinctive high-pitched falsetto voice complimented with striking appearance including shoulder-length dark curly hair is best recognised for his cover hits ˜Tiptoe Through the Tulips', which eventually evolved as his signature song, as also ˜Livin' in the Sunlight, Lovin' in the Moonlight'. He commenced his journey in music learning to play different instruments and with time realised his ability to sing. A school drop-out, he did several odd jobs before landing up with a local talent show. He took up different stage names and performed at dance club amateur nights and then at a gay and lesbian club in Greenwich Village called ˜Page 3'. After appearing in the film ˜You Are What You Eat', he landed up at the American sketch comedy TV show ˜Rowan and Martin's Laugh-In' garnering popularity. Starting from this debut album ˜God Bless Tiny Tim', he had over the years released several albums among which ˜For All My Little Friends', a collection of children's songs, garnered a Grammy nomination.

He played under the name Tiny Tim after being booked at a club that loved shorter performers.

He is famous for his appearances on The Johnny Carson Show.

He sang Cher's part in a duet cover of "I Got You Babe."