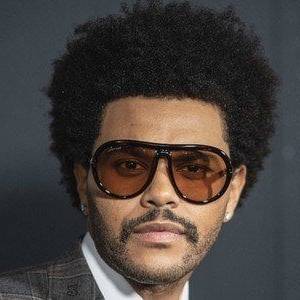 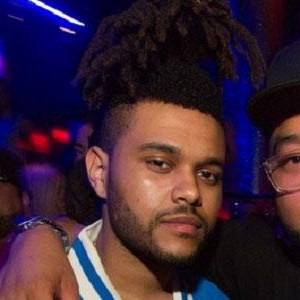 Abel Makkonen Tesfaye , known professionally as the Weeknd, is a Canadian singer-songwriter and record producer. Known for his sonic versatility and dark lyricism, his music explores escapism, romance, and melancholia, and is often inspired by personal experiences. He has received numerous accolades, including four Grammy Awards, 20 Billboard Music Awards, 17 Juno Awards, six American Music Awards, two MTV Video Music Awards, and nominations for an Academy Award, a Latin Grammy Award, and a Primetime Emmy Award.Born and raised in Toronto, Tesfaye began his music career in 2009 by anonymously releasing music on YouTube. Two years later, he co-founded the XO record label and released the mixtapes House of Balloons, Thursday and Echoes of Silence, which quickly gained recognition for his style of contemporary and alternative R&B and the mystique surrounding his identity. In 2012, he signed with Republic Records and rereleased the mixtapes in the compilation album Trilogy. He explored dark wave in his debut studio album Kiss Land , which debuted at number two on the US Billboard 200. After its release, Tesfaye began contributing to film soundtracks, with his acclaimed single "Earned It" from Fifty Shades of Grey winning the Grammy Award for Best R&B Performance, while also being nominated for the Academy Award for Best Original Song.Tesfaye earned major critical and commercial success with his pop-leaning second studio album Beauty Behind the Madness . It became his first number-one project in the US, and is one of the year's best-selling albums. With the US Billboard Hot 100 chart-topping singles "Can't Feel My Face" and "The Hills", Beauty Behind the Madness won the Grammy Award for Best Urban Contemporary Album and was nominated for Album of the Year. His trap-infused third studio album Starboy saw similar commercial success and included the US number-one single of the same name. Like its predecessor, the album won the Grammy Award for Best Urban Contemporary Album. Tesfaye explored new wave and dream pop with his critically acclaimed fourth studio album After Hours , which featured the chart record-setting single "Blinding Lights" and the US number-one singles "Heartless" and "Save Your Tears". His dance-pop inspired fifth studio album Dawn FM included the US top-ten single "Take My Breath", and "Sacrifice".

The Weeknd is the stage name of Canadian singer, songwriter, and record producer Abel Makkonen Tesfaye. He got recognition after posting many of his songs on YouTube under the username 'The Weeknd'. Inspired by legendary Michael Jackson to become a singer, he was later influenced by R&B stars like Aaliyah, Missy Elliott, Timbaland and The Neptunes. He started his career with mixtapes that he released from his own website for free. His three mixtapes, 'House of Balloons', 'Thursday', and 'Echoes of Silence', helped him create a loyal fan base. All of his studio albums were received with positive reviews. Suffering from shyness and insecurity as a child, Tesfaye made conscious efforts to shun publicity during his early career. He avoided giving interviews and didn't even use his own image in his mixtape covers. He interacted with his fans on Twitter. However, he gained confidence as his songs started to top charts worldwide. He has so far worked with stars like Kanye West, BeyoncÃ©, Ed Sheeran, Kendrick Lamar and Drake. Tesfaye, who wants to be remembered for being unique and different, started with his Jean-Michel Basquiat-inspired hairstyle, which is his most recognizable feature.

He was in a relationship with Selena Gomez for about a year before they broke up in late 2017. He also previously dated Alice Ustinova and Bella Hadid.

The Weeknd Before Fame

He started gaining a following after uploading his songs to YouTube in 2010. He went on to release a mixtape called House of Balloons, which was met with critical acclaim.

He had his first top twenty R&B single with "Wicked Games" in 2012.

The Weeknd's estimated Net Worth, Salary, Income, Cars, Lifestyles & many more details have been updated below. Let's check, How Rich is He in 2021-2022? According to Forbes, Wikipedia, IMDB, and other reputable online sources, The Weeknd has an estimated net worth of $300 Million at the age of 32 years old in year 2022. He has earned most of his wealth from his thriving career as a Songwriter, Record producer, Singer, Music artist from Canada. It is possible that He makes money from other undiscovered sources

He was a featured singer on Wiz Khalifa's song "Remember You."

The Weeknd's house and car and luxury brand in 2021 is being updated as soon as possible by in4fp.com, You can also click edit to let us know about this information.

Facts About The Weeknd 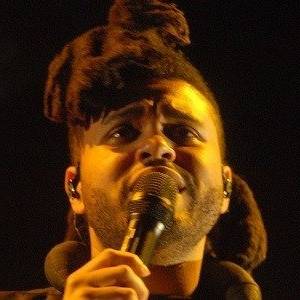