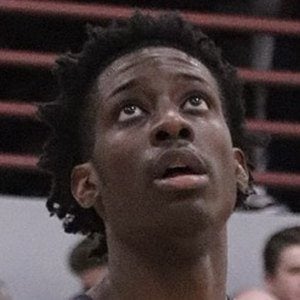 Terrence Adrian Clarke was an American college basketball player for the Kentucky Wildcats of the Southeastern Conference . He began his high school career at Rivers School before transferring to Brewster Academy, where his team won the 2019 National Prep Championships. Named a McDonald's All-American, Clarke was a consensus five-star recruit and one of the best shooting guards in the 2020 class. He played one season in college for Kentucky before declaring for the National Basketball Association draft.

Shooting guard who was a five-star recruit, and signed to the University of Kentucky as part of their class of 2020. He was recognized as a 2020 McDonald's All-American.

His parents' names are Osmine and Adrian. He has three siblings named Tatyana, Gavin, and Madison.

He chose to play for Kentucky over other high-end offers, including UCLA and University of Memphis.

He was invited to play in the 2020 Jordan Brand Classic as a top high school recruit. He made his collegiate debut for Kentucky in November 2020.

He has listed Shai Gilgeous-Alexander as one of his favorite basketball players.

● Terrence Clarke was born on September 6, 2001 (age 19) in Dorchester, Massachusetts, United States ● He is a celebrity basketball player