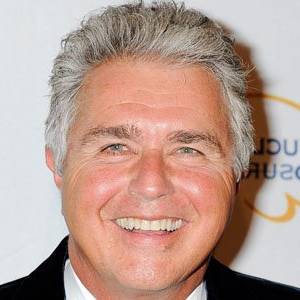 Steve Tyrell is an American singer and record producer. He won a 2004 Grammy Award as the producer of the Rod Stewart album Stardust: The Great American Songbook, Volume III. He has hosted a jazz radio program on KKJZ in Los Angeles.

Jazz singer and producer with more than half a dozen albums which have cracked the Top Five on the Billboard Jazz Charts. He produced the song "Raindrops Keep Fallin' on My Head", which won the Academy Award for Best Original Song in 1969.

He was married to record producer Stephanie Tyrell until her death in 2003.

He was given a position at Scepter Records at eighteen and began producing records the next year.

His career as a singer was ignited after he sang "The Way You Look Tonight" in the 1991 film "The Father of the Bride".

He produced several tracks for singer Dionne Warwick including "The Look of Love".

Steve Tyrell's house and car and luxury brand in 2021 is being updated as soon as possible by in4fp.com, You can also click edit to let us know about this information.