Rush Holland Butler is an American social media star and an upcoming actor. He is famous for his 'Instagram' posts, which have earned him a decent fan following. He has also gained prominence from his debut performance in the web series; 'Chicken Girls.' Rush is the brother of the popular singer and 'Musical.ly' star, Brooke Butler. Rush too has made a space for himself in this video creating community. Rush is one of the group members of the band, 'RockYourHair.' On his 'YouTube' channel, Rush posts updates and footages from the band tours.

He is the younger brother of Brooke Butler. He wished a Happy Mother's Day to his mom with a throw back picture of the two of them in Munich, Germany.

He enjoyed playing basketball, golf and lacrosse as a pre-teen.

His Instagram account has grown to over 420,000 followers and it's featured photos with him and several other social media stars including Annie LeBlanc, Carson Lueders, Logan Paul, HRVY and Hayden and Dylan Summerall.

Information about His net worth in 2021 is being updated as soon as possible by infofamouspeople.com, You can also click edit to tell us what the Net Worth of the Rush Holland Butler is

He co-hosted the 2017 Rock Back to School concert alongside Casey Simpson and Hayley LeBlanc.

Rush Holland Butler's house and car and luxury brand in 2021 is being updated as soon as possible by in4fp.com, You can also click edit to let us know about this information. 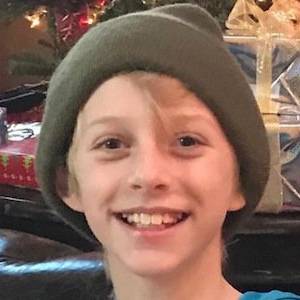