Comedian whose hit web series "Nitza Ve'Lechem" catapulted him to the top of the Israeli internet comedy scene. Humorous music videos like "Yes I Did Approach Ido" and online series like the cat soap opera "Hatulanovela" have also gained him thousands of admirers.

He created a song for his brother's wedding called "They Should Have Fun in Their Country."

During his required military duty, he worked as a photographer.

He has directed commercials for companies like Pepsi, Coca-Cola and MyCheck.

Information about His net worth in 2021 is being updated as soon as possible by infofamouspeople.com, You can also click edit to tell us what the Net Worth of the Roy Kafri is

Roy Kafri's house and car and luxury brand in 2021 is being updated as soon as possible by in4fp.com, You can also click edit to let us know about this information. 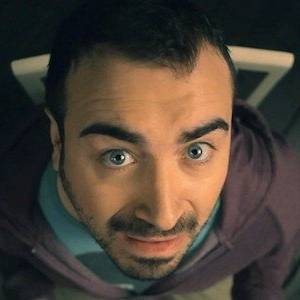