Romeo Santos (Anthony Santos) is an American musician, singer, music producer and a film actor. He has been the lead vocalist for the popular band Aventura, an American Bachata group. The band received gigantic success, mostly in Europe and Latin American countries, and their single ˜Obsesion' went on to hold the first spot in several Italian music charts. Once the band parted ways, Romeo embarked on his solo career and produced several chart topping singles and studio albums. However, his beginnings were humble and in a truer sense, his introduction to music happened while singing in a church choir, where he found out a different sound to music which he liked. He gathered his brothers and cousins to form the boy band Aventura, which later got disbanded in 2011, as the members moved on to their solo careers. Signed under Sony, Romeo came up with chart topping singles titled ˜You', which was also his solo debut, and ˜I Promise', a chart topping song where he featured with Usher. Romeo later released his full length albums and his second album ˜Formula, Vol. 2' became the best selling Latino album of the year 2014.

He was born to a Dominican father and Puerto Rican mother in the Bronx. He has a son named Alex.

He was a member of his church choir when he was 12 years old in which he sang both English and Spanish.

He has won numerous awards throughout his career including a 2012 Billboard Music Award for the Top Latin Album.

Information about His net worth in 2021 is being updated as soon as possible by infofamouspeople.com, You can also click edit to tell us what the Net Worth of the Romeo Santos is

Romeo Santos's house and car and luxury brand in 2021 is being updated as soon as possible by in4fp.com, You can also click edit to let us know about this information. 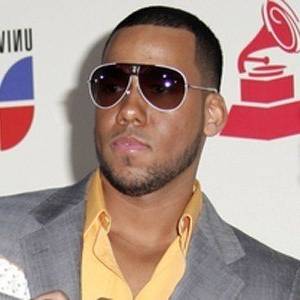