Veteran of daytime dramas such as As the World Turns, General Hospital, and One Life to Live.

He had a son named Julian with wife Cari Stahler.

He studied acting at the Eugene O'Neill Theater Center in Connecticut.

He won a Daytime Emmy Award in 1994 for his role as Todd Manning in One Life to Live.

Information about His net worth in 2021 is being updated as soon as possible by infofamouspeople.com, You can also click edit to tell us what the Net Worth of the Roger Howarth is

He acted with James Van Der Beek in multiple episodes of Dawson's Creek in 2003.

Roger Howarth's house and car and luxury brand in 2021 is being updated as soon as possible by in4fp.com, You can also click edit to let us know about this information. 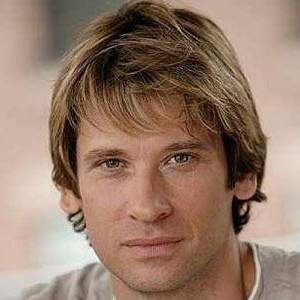