Actor most known for his role as Fatboy in EastEnders and EastEnders: E20, a digital spin-off of the popular soap opera.

His mother is Kenyan-Indian and his father is British. He was born in Tower Hamlets, London, England. From 2009 until 2011 he was in a relationship with Jade Ewen .

When he was 12 years old, he began attending the Theatre Royal Stratford East's Youth Theatre, and then went on to Barking College to study Performing Arts.

He won Most Popular Newcomer at the 2011 National Television Awards for his role as Fatboy.

Information about His net worth in 2021 is being updated as soon as possible by infofamouspeople.com, You can also click edit to tell us what the Net Worth of the Ricky Norwood is

He was paired with Janette Manrara in the 2013 Christmas special of Strictly Come Dancing.

Ricky Norwood's house and car and luxury brand in 2021 is being updated as soon as possible by in4fp.com, You can also click edit to let us know about this information. 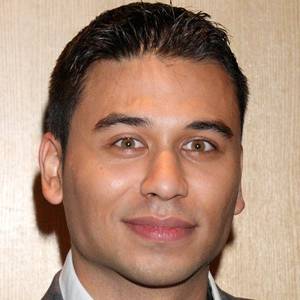