Raphael Gomes is a London-based YouTuber known for his food and travel videos that he posts on his self-titled channel. He is also the author of the cook book ˜Epic Kitchen Adventures.' Originally from Portugal, Gomes is a very talented personality when it comes to cooking. He currently employs YouTube to share his passion for food and cooking with the world. Known for his amazing DIY cooking tutorials and brilliant food challenges, the chef cum vlogger is an online personality definitely worth following! He is also adored by his fans for his presentation style that makes his tutorials easy to follow. Gomes is a very handsome and charming young man. His charismatic personality enables him to easily connect with his viewers and interact with them. Besides YouTube, he is also active on other social media platforms like Twitter and Instagram.

He is originally from Portugal, but later moved to London, England. He has one sibling, Joana. He has featured his girlfriend and fellow vlogger Vania Fernandes on his channel before.

He launched his YouTube channel when he was still in school. At the time, he was planning on becoming a dentist, a writer or a presenter. He was named YouTube's Next Vlogger in 2013.

He is color blind and when people ask him what his favorite color is, he always replies black or yellow because those are a few of the only colors he can see like everyone else.

He is best friends with Felicite Tomlinson.

Raphael Gomes's house and car and luxury brand in 2021 is being updated as soon as possible by in4fp.com, You can also click edit to let us know about this information. 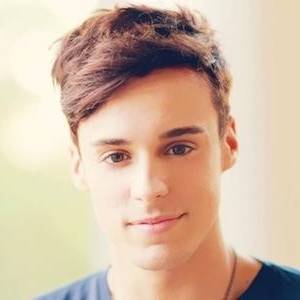