How old is: 60 years Female

She was married to Ashok Thakeria from 1988 until 1997. They had two kids named Anmol and Paloma Thakeria.

She won the Miss Young India contest, prompting filmmaker Yash Chopra to cast her in the film Trishul in 1978.

Outside of her acting career, she was the runner-up on the third season of Bigg Boss.

Information about Her net worth in 2021 is being updated as soon as possible by infofamouspeople.com, You can also click edit to tell us what the Net Worth of the Poonam Dhillon is

She starred opposite Rajesh Khanna in a number of films, including Rad, Nishaan, and Awam.

Poonam Dhillon's house and car and luxury brand in 2021 is being updated as soon as possible by in4fp.com, You can also click edit to let us know about this information. 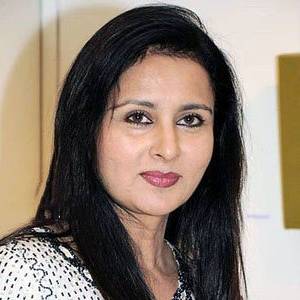