Born on October 5, 1965 (age 56) in Quebec City, Canada. He is a celebrity hockey player. In His career, Patrick Roy has achieved a Stanley Cup, Conn Smythe Trophy, Vezina Trophy, William M. Jennings Trophy, Jack Adams Award, Calder Cup. He had 3 children Jonathan Roy, Frederick Roy, Jana Roy. He was a Goaltender in number 33 in Colorado Avalanche . He height is 6′ 2″.

"Saint Patrick" was a legendary NHL goaltender who won two Stanley Cups with the Montreal Canadiens and two with the Colorado Avalanche. He retired with a slew of NHL records, including the most career wins, which Martin Brodeur eventually surpassed.

He had three kids in a sixteen-year marriage to Michele Piuze, which ended in 2003.

At the age of seven, he decided he wanted to be a goaltender. He went on to popularize the butterfly goaltender style.

He became head coach and vice president of hockey operations of the Colorado Avalanche in 2013 and quickly turned around a struggling franchise. He received the Jack Adams Award for coach of the year following the 2013-14 season.

Information about His net worth in 2021 is being updated as soon as possible by infofamouspeople.com, You can also click edit to tell us what the Net Worth of the Patrick Roy is

He won two Stanley Cups alongside Hall of Fame center Joe Sakic on the Avalanche.

Patrick Roy's house and car and luxury brand in 2021 is being updated as soon as possible by in4fp.com, You can also click edit to let us know about this information.

Looking Back At The Dramatic Patrick Roy Trade 25 years Later

Gloves Off Hockey - 3 years ago 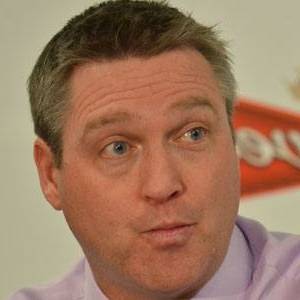