John Michael "Ozzy" Osbourne is an English singer, songwriter, and television personality. He rose to prominence during the 1970s as the lead vocalist of the heavy metal band Black Sabbath, during which period he adopted the nickname "Prince of Darkness".Osbourne was fired from Black Sabbath in 1979 due to alcohol and drug problems, but went on to have a successful solo career, releasing 12 studio albums, the first seven of which received multi-platinum certifications in the US. Osbourne has since reunited with Black Sabbath on several occasions. He rejoined in 1997 and helped record the group's final studio album, 13 , before they embarked on a farewell tour that ended with a February 2017 performance in their hometown, Birmingham. His longevity and success have earned him the informal title "Godfather of Metal".Osbourne's total album sales from his years in Black Sabbath, combined with his solo work, are over 100 million. He was inducted into the Rock and Roll Hall of Fame as a member of Black Sabbath and into the UK Music Hall of Fame as a solo artist and as a member of the band. He has been honoured with stars on the Hollywood Walk of Fame and Birmingham Walk of Stars. At the 2014 MTV Europe Music Awards, he received the Global Icon Award. In 2015, Osbourne received the Ivor Novello Award for Lifetime Achievement from the British Academy of Songwriters, Composers and Authors.

Ozzy Osbourne, born John Michael Osbourne, is a Grammy Award-winning musician best known for being the main singer of the hard rock band Black Sabbath. The singer-songwriter overcame adversity as a youth to become one of the most popular hard rock stars of his day. He struggled with dyslexia in school and did not finish his studies since his family required him to work. With Geezer Butler, he founded his first musical band, Rare Breed, but the band disbanded after only two concerts. The two decided to try again and enlisted the help of guitarist Tony Iommi and drummer Bill Ward, becoming the band Earth. They eventually changed the band's name to Black Sabbath and opted to pursue a heavy blues sound with mournful lyrics and music. With their debut album, Black Sabbath, which reached number eight on the UK Albums Chart, the band became an instant success. They quickly followed up with the albums Paranoid and Master of Reality, both of which were huge hits with the public, with Master of Reality going double platinum. Despite his fame as a musician, Osbourne has spent the majority of his life on drugs and alcohol.

While growing up, he was bullied by schools for having dyslexia and other learning difficulties, and he worked as a plumber and a slaughterhouse worker while listening to The Beatles.

Ozzy Osbourne's estimated Net Worth, Salary, Income, Cars, Lifestyles & many more details have been updated below. Let's check, How Rich is He in 2021-2022? According to Forbes, Wikipedia, IMDB, and other reputable online sources, Ozzy Osbourne has an estimated net worth of $220 Million at the age of 73 years old in year 2022. He has earned most of his wealth from his thriving career as a Singer, Musician, Songwriter, Composer, Author, Lyricist, Actor, Television producer, Voice Actor from England. It is possible that He makes money from other undiscovered sources

He sang the #1 hit single, "Changes," with his daughter, pop singer Kelly Osbourne .

Ozzy Osbourne's house and car and luxury brand in 2021 is being updated as soon as possible by in4fp.com, You can also click edit to let us know about this information. 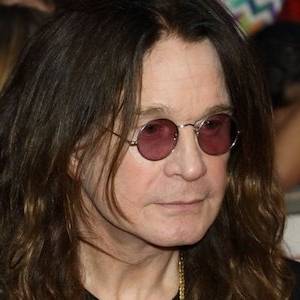