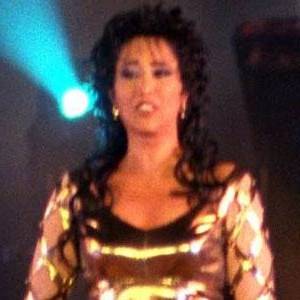 Bat-Sheva Ofra Haza , known professionally as Ofra Haza , was an Israeli singer, actress, Grammy Award-nominated recording artist, writer and journalist commonly known in the Western world as "The Israeli Madonna", or "Madonna of the East". Her voice has been described as a "tender" mezzo-soprano.Of Mizrahi Jewish descent, Haza's music is known as a mixture of traditional and commercial singing styles, fusing elements of Eastern and Western instrumentation, orchestration and dance-beat. She became successful in Europe and the Americas; during her singing career, she earned many platinum and gold discs. In Israel, Haza was an influential cultural figure who helped to popularize Mizrahi culture.

Israeli mezzo-soprano vocalist who rose to fame as a pop sensation on both sides of a politically divided region.

She grew up the youngest of nine children to a working-class Yemenite Jewish family.

A talent scout noticed her while she was singing in a local theater and offered her an opportunity to sing.

After a string of enormously popular hits in Israel, she released an album of Yemenite songs and that reached Platinum-selling status.

For her sometimes provocative lyrics, as well as her covers of Madonna 's songs, she was called The Madonna of the East.