Nikola Tesla was a Serbian-American inventor, electrical engineer, mechanical engineer, and futurist best known for his contributions to the design of the modern alternating current electricity supply system.Born and raised in the Austrian Empire, Tesla studied engineering and physics in the 1870s without receiving a degree, gaining practical experience in the early 1880s working in telephony and at Continental Edison in the new electric power industry. In 1884 he emigrated to the United States, where he became a naturalized citizen. He worked for a short time at the Edison Machine Works in New York City before he struck out on his own. With the help of partners to finance and market his ideas, Tesla set up laboratories and companies in New York to develop a range of electrical and mechanical devices. His alternating current induction motor and related polyphase AC patents, licensed by Westinghouse Electric in 1888, earned him a considerable amount of money and became the cornerstone of the polyphase system which that company eventually marketed.

Nikola Tesla was a Serbian-American inventor who pioneered the use of alternating current electricity. In addition, he made significant advances to electromagnetism and wireless radio communications. He was a youthful genius with an eidetic memory and a futuristic vision for humanity, as evidenced by the vast majority of his discoveries and explorations. He was a qualified electrical and mechanical engineer who developed the modern electric motor, wireless energy transfer, fundamental laser and radar technologies, the first neon and fluorescent lighting, and the Tesla coil (widely used in radio, television sets, and other electronic equipment). Despite being a brilliant inventor, he spent most of his life in poverty as a result of his poor business judgment. He was wasteful with his money and had no one to leave his legacy to because he never had a romantic connection. Despite his friends' praise for his generosity and politeness, he had virtually little social connection with them due to his strict daily regimen. He lived a solitary life and died poor, despite the acclaim he would get after his death. He was without a doubt one of the most significant innovators of the twentieth century, whose breakthroughs in the realm of electricity were decades ahead of their time and continue to affect technology today.

Had a brother named Dane and sisters named Milka, Angelina and Marica.

His professors felt he was cheating since he could do calculus in his brain so well.

Though his work made him a lot of money, he spent most of it on the experiments themselves and lived much of his life in a series of hotels.

He worked for Thomas Edison but resigned after Edison refused to pay him the money he promised. 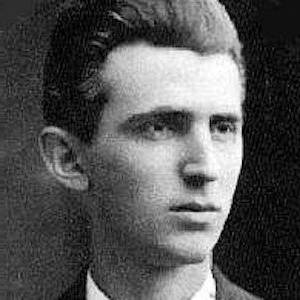