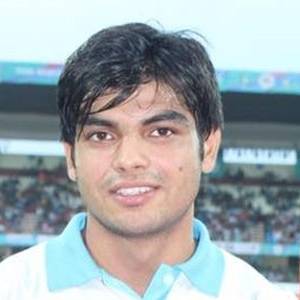 Javelin thrower who has won numerous medals at international competitions, including a gold medal at the 2017 Asian Championships. He later won the 2018 Commonwealth Games and Asian Games, where he set a new Indian national record for javelin throw.

His parents' names are Saroj and Satish.

He graduated with his bachelor's degree from DAV College, Chandigarh.

He has served as a junior commissioned officer in the Indian Army. He earned a gold medal at the 2016 South Asian Games.

Information about Neeraj Chopra’s net worth in 2021 is being updated as soon as possible by infofamouspeople.com, You can also click edit to tell us what the Net Worth of the Neeraj Chopra is

He and Koji Murofushi have both won field events at the Asian Games.

Neeraj Chopra's house and car and luxury brand in 2021 is being updated as soon as possible by in4fp.com, You can also click edit to let us know about this information.