From 2007 until 2011, he was a basketball player at Pepperdine University, where he was one of the finest players in school history. After making his NBA debut with the Cleveland Cavaliers in 2012, he spent time with the Erie BayHawks and the Santa Cruz Warriors in the D-league.

His younger brothers are All-Star NBA shooting guard Klay Thompson and MLB player Trayce Thompson . His father Mychal Thompson was the first overall pick in the 1978 NBA Draft and spent 14 years in the league.

He set a Pepperdine University school record for games played with 128.

During his time with the Santa Cruz Warriors, he played with Seth Curry while both of their brothers were playing in the back court of the Golden State Warriors.

Mychel Thompson's house and car and luxury brand in 2021 is being updated as soon as possible by in4fp.com, You can also click edit to let us know about this information.

● Mychel Thompson was born on June 1, 1988 (age 34) in Los Angeles, California, United States ● He is a celebrity basketball player ● He is a member of group Santa Cruz Warriors (#15 / Small forward, Shooting guard)● Mychel Thompson has 2 siblings in His family: Trayce Thompson, Klay Thompson● His height is 6′ 6″ 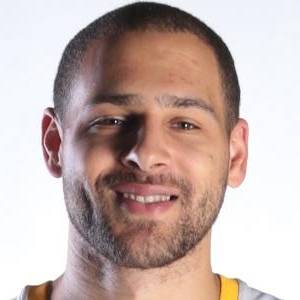