Mostafa Parizi is an Iranian singer, songwriter and Musician. He is originally from Pariz, Kerman and born in Rafsanjan, Kerman.Raised by teacher parents, Parizi was drawn to higher education(He studied Msc Electrical Engineering in Tehran University and Bsc Electrical Engineering in Amirkabir University). meanwhile he started to take solfeggio and singing lessons with Ali Zand Vakili and then vocal training with Mohammad Reza Sadeghi. In January 2015 Mostafa released a song called Maslahat but the music wasn’t reflecting his personality so he decided to learn writing lyrics with his own thoughts and words combined with learning to play guitar. After three years learning and practicing plus attending lots of professional poetry sessions in the Tehran literature ecosystem, he began to write songs for other singers and started his music business with his friend Ramin Hosseini, songwriter, musician and music producer. After “Maslahat” Mostafa did a pop-rock song called “Bejang” as a homage to cancer warriors, produced by Alireza Vejdani. Following the rock vibe, he wrote and released the song “Reborn” produced by Ali Ahmadian. Going forward as a songwriter for other artists he pivoted his music genre to persian pop and folk and started a new chapter. In 2019 “Kam Miari” was released; Produced by Ramin Hosseini and Mostafa was the co-songwriter with Ramin. Next song was called “Shahzadeh” and released in 2020 again produced by Ramin Hosseini and Mostafa was the co-songwriter with Ramin and got quite credit for its happy vibe and lyrics. In 2021 Mostafa’s friend Mohammad Qolinasab wrote a lyric and Mostafa added a verse and refined the chorus. As a result the song “Kafeye Deltangi” was produced by Ramin and the great Firouz veysanloo played the guitar on it. Mostafa Also added a new line of production with Kermani local accent lyrics and folk music roots. His Kermani songs “GiseGol’, “Zelzele”,”Beshemet” and “Zedkar” were successful and resonated with the audiences.

Mostafa Parizi's house and car and luxury brand in 2021 is being updated as soon as possible by in4fp.com, You can also click edit to let us know about this information. 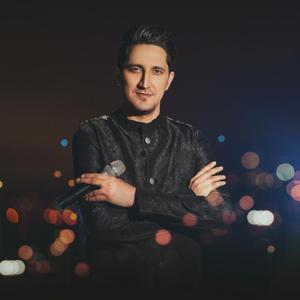