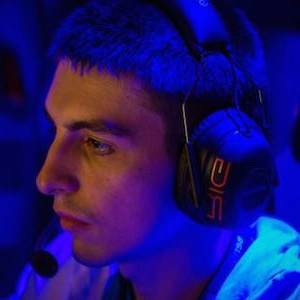 Mike Grzesiek was born on June 2, 1994 (age 28) in Canada. He is a celebrity twitch star. His full name is Michael Grzesiek. His nationality is Canadian.

Mike Grzesiek, better known as Shroud, is a former e-sports player and video game streamer from Canada. Many popular live gaming videos have been broadcast by him. As a result, he has become one of the most well-known gamers of our time. He is best known for representing the American e-sports organization 'Cloud9' in the game 'Counter-Strike: Global Offensive.' He's also well-known for his role in 'Player Unknown's Battlegrounds.' As a 'Twitch' broadcaster, he is extremely popular, with over three million followers on the network. His 'YouTube' channel has a following of almost two million people. Mike has gained the moniker of "King of Reddit" due to his outstanding gameplay tricks. He is no longer a member of the 'Cloud9' roster, but he is still active on his other social media sites.

He is from Mississauga, Ontario, Canada.

His Twitch stream catapulted him to fame. Before starting his professional career, he had been playing CS:GO for approximately ten years.

He has been interviewed by HyperX and Gfinity and he has been sponsored by LootCrate, Alienware, and HTC, amongst other brands.

Both he and Jordan Gilbert have played Counter Strike for team Cloud9.

Mike Grzesiek's house and car and luxury brand in 2021 is being updated as soon as possible by in4fp.com, You can also click edit to let us know about this information.

● Mike Grzesiek was born on June 2, 1994 (age 28) in Canada ● He is a celebrity twitch star ● His full name is Michael Grzesiek● His nationality is Canadian