Bassist well known for his work with Eighteen Visions, a rock band. In June 2013, he died suddenly in his sleep from a cardiac problem.

He had a son named Jude Ashton Morris with Ashley Jade Thewlis.

He was a member of a shoegaze band when in high school in Utah.

He founded his own clothing line, Dethless Clothing, in 2007.

Information about His net worth in 2021 is being updated as soon as possible by infofamouspeople.com, You can also click edit to tell us what the Net Worth of the Mickdeth is

He had a tattoo of the late Pantera guitarist Dimebag Darrell on his calf. 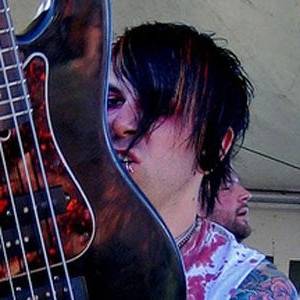