Lucille Theresa Bliss (March 31, 1916 – November 8, 2012) was an American actress, known in the Bay Area and in Hollywood as the "Girl With a Thousand Voices".A New York City native, Bliss lent her voice to numerous television characters, including the title character of the very first made-for-television cartoon, Crusader Rabbit, Smurfette on the popular 1980s cartoon The Smurfs and Ms. Bitters on the Nickelodeon animated series Invader Zim. In addition to her television roles, she was known for her work as a voice actress in feature films.

Smurfette in the 1980s animation The Smurfs. American voice actress that voiced various roles on television shows, including Smurfette.

She was raised with her family in New York City.

In the 1950 Walt Disney classic Cinderella, she received one of her first voice roles as Anastasia Tremaine.

She has also worked as a narrator on three Disney Album stories including Story of Thumper, Story of the White Rabbit, and Story of Grandpa Bunny.

She voice acted as Hugo on an episode of the television cartoon The Flintstones, starring the voice of Mel Blanc . 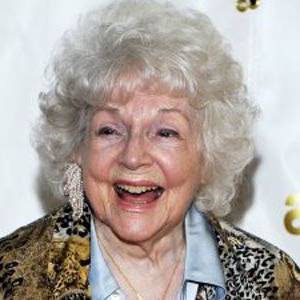