Lily Hevesh is an American domino artist and YouTuber working under the channel name Hevesh5.

Hevesh5, a professional domino designer recognized for her intricate domino designs and set ups, has a YouTube channel called Hevesh5. Her most popular videos have been viewed more than 50 million times, and the channel has more than 1.9 million followers.

She grew up with a dog named Penny.

In 2009, she began building with dominoes for the first time.

She has done projects in coordination with brands and companies such as Honda, Ford and Prudential. Her work has been seen on NBC, Nickelodeon, CNN and many other television networks.

Her dominoes expertise was needed for the Will Smith -starring feature film Collateral Beauty.

Lily Hevesh's house and car and luxury brand in 2021 is being updated as soon as possible by in4fp.com, You can also click edit to let us know about this information. 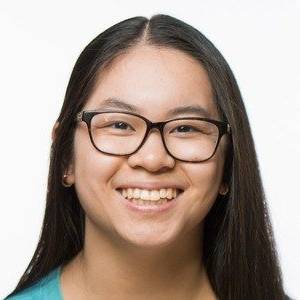