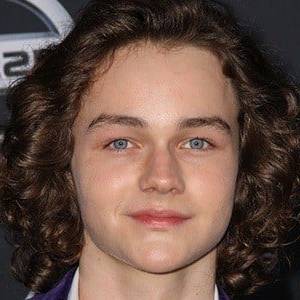 Levi Zane Miller is an Australian actor and model. He is known for playing Peter Pan in Pan , Luke in Better Watch Out , and Calvin in A Wrinkle in Time .

Levi Miller is an Australian actor and model who is most known for his role as Peter Pan in Hugh Jackman's 2015 film Pan. His acting career began after he won a theater competition with a monologue on Peter Pan. He also starred in a number of advertisements in Australia. He made his film debut as 'Lavi' in the short film 'Akiva' in 2010. After that, he acted in films like 'A Heartbeat Away' (2011) and 'Great Adventures' (2012) before starring as Peter Pan in 'Pan.' 'Better Watch Out' (2016), 'Red Dog: True Blue' (2016), 'Jasper Jones' (2017), and 'A Wrinkle in Time' are among his other credits (2018). Film critics praised his performance as the 12-year-old Luke in the psychological thriller "Better Watch Out." In 2011, he played a child dubbed "General Philbrick" in "Terra Nova," and in 2015, he played "Carter Grant" in an episode of "Supergirl." Levi was previously a kid model for Ralph Lauren and has modeled for a variety of other companies. The actor is only 15 years old and has already established a successful acting career.

His mothers name is Meg and he has two sisters named Brittany and Tiarnee .

He had a brief role in the feature A Heartbeat Away in between his two short film performances in 2010 and 2012.

He guest-starred in an episode of the short-lived FOX series Terra Nova.

He was cast opposite Hugh Jackman in Pan.

Levi Miller's house and car and luxury brand in 2021 is being updated as soon as possible by in4fp.com, You can also click edit to let us know about this information.

Levi Miller Leads Cast Talking About Pan And Having Fun On Set.

Get Into Film - 6 years ago 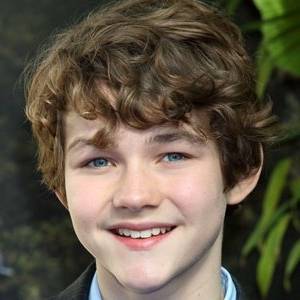