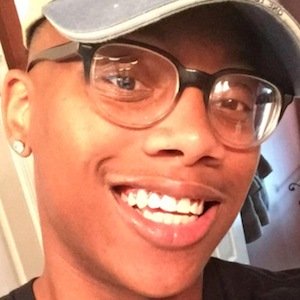 Some fact of Leek Jack

Leek Jack was born on May 15, 1997 (age 22 years) in Stafford, Virginia, United States. He is a celebrated instagram star. His popular songs are Campus Girl #tentoesdown, Campus Girl and Lil Boo Baby2018. You can find His website below: https://www.youtube.com/channel/UCVCll4zkPQ7oRMasnZSeo_A. His genre is Hip-Hop/Rap.
Leek Jack is an American hip-hop artist and social media star. He has become quite popular on online audio distribution platforms, such as SoundCloud and Spotify. He has more than 42,000 followers on SoundCloud. He is also famous on other social media platforms, such as YouTube, Twitter, Instagram, and Snapchat. His self-titled YouTube channel currently has more than 700,000 subscribers. What really turned Leek Jack into a social media sensation is his Instagram account, which currently has more than 848,000 followers.

He has more than 500,000 followers on Twitter. His Instagram account, leek_jack, was hacked at 570,000 followers. He was able to recover it after a year and a half.

As our current database, Leek Jack is still alive (according to Wikipedia, Last update: January 6, 2020).

His name is Malik Jackson. He is an avid Dallas Cowboys fan even though he is from Virginia.

He posted a cover of Robin Thicke's "Lost Without U" to his SoundCloud account.

● His popular songs are Campus Girl #tentoesdown, Campus Girl and Lil Boo Baby2018● You can find His website below: https://www.youtube.com/channel/UCVCll4zkPQ7oRMasnZSeo_A● His genre is Hip-Hop/Rap

When you’re tired of being inside because the Corona Virus ...

Whats In my mouth challenge FT.Girlfriend

My nephew took my girlfriend from me...... I had to leave him

How we first met!! | Chick-Fil-A Mukbang with Girlfriend

Never Have I Ever! FT. Girlfriend??

When she thinks you have hoes 😕😂